Museum restaurant “Grand Aristocrat” – unique restaurant concept, which continues the tradition of festive palatial culture. “Grand AristOcrat” offers a unique combination of past and present, reality and fantasy, modern kitchen and gallant spirit of the holidays.

As a charming alchemist book, where hidden ancient recipes , “Grand Aristocrat”  presents the most valuable achievements of the restaurant business from the beginnings to the present. We want our classic space perceived not as a museum of arts and crafts, but as a place full of life, like it use to be in real palaces in the past.

Recalling to luxury Renaissance holidays, the  interior of  “Grand AristOcrate” , where the main role is played by the late baroque (the most festive style), is an architectural frame and analogue copyright to menu, which contains classic and modern dishes.

Museum restaurant “GrandAristOcrate” has four luxurious halls. “Grand Hall” – a place to celebrate unforgettable moments in the great company of friends and relatives, because “Grand Hall” can accommodate up to 450 people. This hall is one of the best  for banquets, anniversaries and for weddings.

In turn, “White Hall”  was designed for romantic dinners and friendly companies meetings. If one wants to retire in its fullest extent , the “Golden Hall”  for 20 people is that you need. This is a separate area for those who want to avoid strange looks.

For business lunches or business meetings fits  “Crystal Hall” of the restaurant, which is designed for 8-12 people.

The museum restaurant “GrandAristOcrate”  has 2 summer terraces, which are complemented with the stylish landscaping. At the gazebo is possible to provide outdoor ceremonies. Many newlyweds find it as a perfect place for a special photo sessions.

In the the hotel, which is located at the restaurant, guests can stay at overnight. There are 7 rooms. One of them “Luxury” is equipped with bath, other are “Deluxe”. Rooms are complementing the overall style setting and were executed in classical style, which for many centuries is a source of inspiration for conservative people. 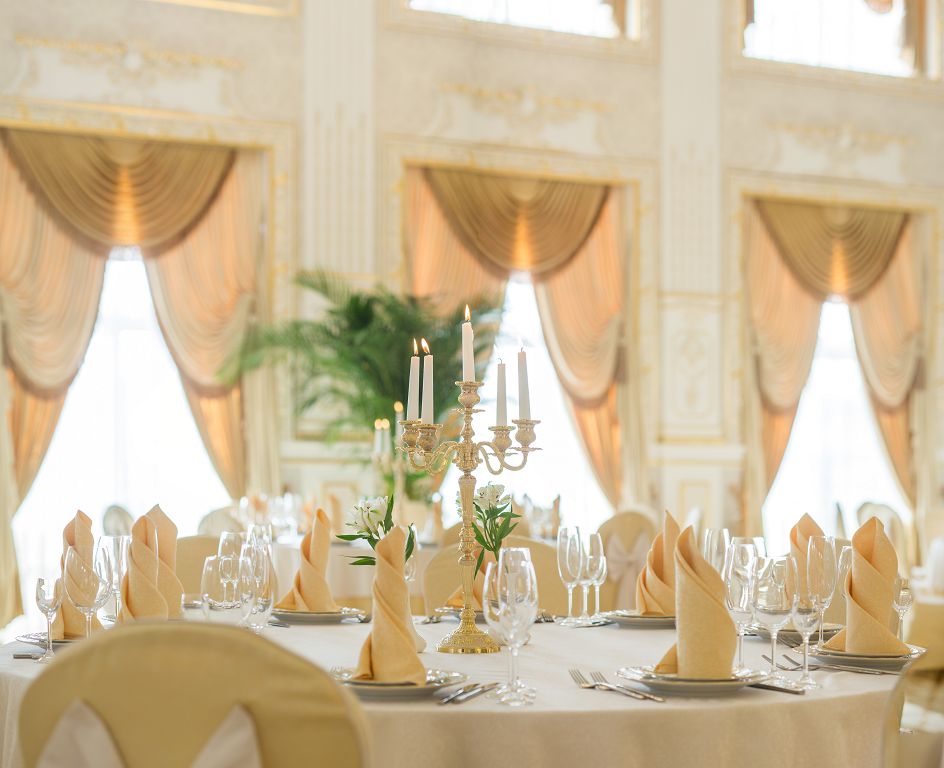 The museum-restaurant "Grand Aristocrate" - the art of restrained luxury!